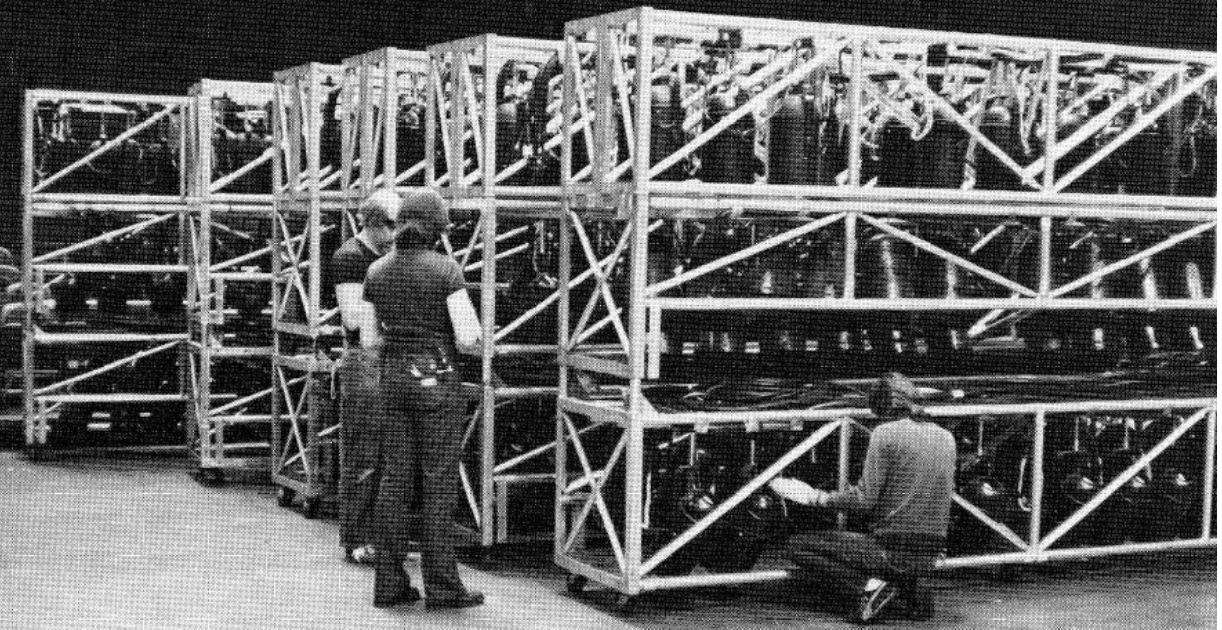 Over Fifty years ago, was Woodstock.

A “music and arts fair”, whose young promoters hoped for 50,000 attendees. When it drew a half-million, the scale of interest in popular music became clear. Forty years later, U2’s 360° stadium tour sold 7.2 million tickets and grossed three-quarters of a billion dollars.

The lighting (and sound) technology used at Woodstock was no different than that of mainstream theater, industrials, or events.

In the wake of 1969’s Altamont, the Rolling Stones were determined to bring a new level of professionalism to their next American tour.
That ‘72 tour would usher in a new generation of lighting system;
many of whose key features, with us to this day.

The demand for popular music had propelled a move from rock palaces like the Fillmores (which had their own permanent sound and lighting installs) to arenas and, for the 50% of concerts taking place on college campuses, gymnasiums. The challenge facing in the 1960s and ‘70s by concert lighting’s young pioneers was how to convert, in a few hours, spaces never designed for performances into concert halls.

A key would be trusses. First, ground supported; later flown on chain motors.

Our industry’s subsequent history would have been impossible without them.

In the words of Jim Moody in his 1982 Theatre Crafts article on the topic, such purpose-built trusses were also structures “without precedent in the theatrical industry”. And, one of concert lighting’s few truly original contributions.

Theatrical lighting in general, much less the infant effort around rock concerts, weren’t big enough to do (or even to encourage) industrial-grade R&D. SCRs, microprocessors, multi-connectors, discharge lamps, chain motors, crank-up lifts were all developed by and for larger markets before they were adopted in our own.

Trusses were an exception.

It’s hard to believe now, but in those pioneering days, you couldn’t buy
a lighting truss. The closest you could get was commercial antenna mast, which – not designed for horizontal use – was dodgy. They were also limited to a triangular shape, and, in larger sizes, only made of steel.

So, part of getting into tour lighting was designing your own truss and finding someone to fabricate it. Because people were generally building it only one 40’ length at a time, there was plenty of room for experimentation.

Some designs were exotic. One, by Tom Fields Associates, was engineered like a high-performance sailboat mast. A slim central member,
only about 4” square, extended between two lifts. Steel cables, stood off
the central member by spars, arced in horizontal and vertical planes to stiffen it.

The “West Coast Steve Cohen” (who lit CSNY, Joni, etc.) enlisted Up-Right Scaffolding (whose lightweight folding scaffolding was well-known) to build a folding triangular truss, using its investment cast fittings, to which the aluminum tube was hydraulically swaged (bypassing the problems of welding).

In the main, however, trusses were welded; often from aluminum, using square or round stock.

Beyond that, their designs fell into two broad categories:

1. those in simple triangular or rectangular shapes, from which fixtures were hung on-site,

2. and those that traveled between gigs with fixtures attached.

Which category, and which design within each category, struck the best balance between truck space, versus setup time and labor requirements,
was hotly debated.

The most efficient user of truck space, of course, was the combination of individually hung fixtures packed in lamp crates and a folding triangular truss.

As systems grew in size, individually hanging and plugging fixtures (which was still the theatrical touring practice) became less an option.

From the beginning, the appeal of shipping fixtures with the structure had been evident. In Moody’s words, “When a truss has been loaded with fixtures, cables, and checked in the plant prior to going to the location, the savings in
on site setup time is astonishing. The structure’s efficiency means that less labor is used in the field.”

The extreme solution was the “box” truss, rarely seen today.

In “box” truss designs, the fixtures are shipped already pre-installed (and sometimes pre-focused) inside the truss structure; employing the truss itself as a shipping crate, to minimize the amount of time and labor required at the venue to convert the equipment from the form in which it is shipped, to that of use:

Given “box” truss tradeoffs in focusability, the extra volume consumed in the truck, and the challenges of handling fully-loaded sections, there was interest in another alternative.

A major improvement in efficiency came with the change to multi- connector use, instead of plugging up fixtures one-at-a-time. “Lamp bars” that mounted six PAR cans to a common intermediate support; one which also served as an electrical raceway for adapting from a six-circuit multi, represented a good compromise in setup labor and truck space.

Shipped in either roadcases or on a “meat rack”, they also offered more options in configuring plots.

A third type of truss (“pre-rig”) also employed its structure as a shipping crate, but mounted lamp bars within the truss, moving them between shipping position (the fixtures contained entirely within the structure), and a use position (fixtures mostly outside the truss structure); reducing shipping volume, while dramatically increasing the range of angles through which the fixtures could be focused without obstruction of the fixture or its beam.

By the late ‘70s, the generic concert lighting system had become the combination of double-row “pre-rig” truss with 6-circuit multi-cable.

And, had we continued to use PAR cans, we would likely still be using double-row “pre-rig” to this day.

But we didn’t, and the advent of automated lighting essentially froze “conventionals” truss and cabling design, circa 1980.

The challenge of best accommodating movers in a new kind of “pre-rig” truss would extended across thirty years of our history, from 1987 until today, and will be addressed in the next section.

On a closing note:

Ground supported by single-column hydraulic lifts and hanging two rows of PAR-64 cans on bars that travel vertically between the shipping position (shown) and a use position where they are exposed – making it the first modern “pre-rig” truss.

On a subsequent tour by another artist, they were left attached inside the truss – producing the first “box” truss.