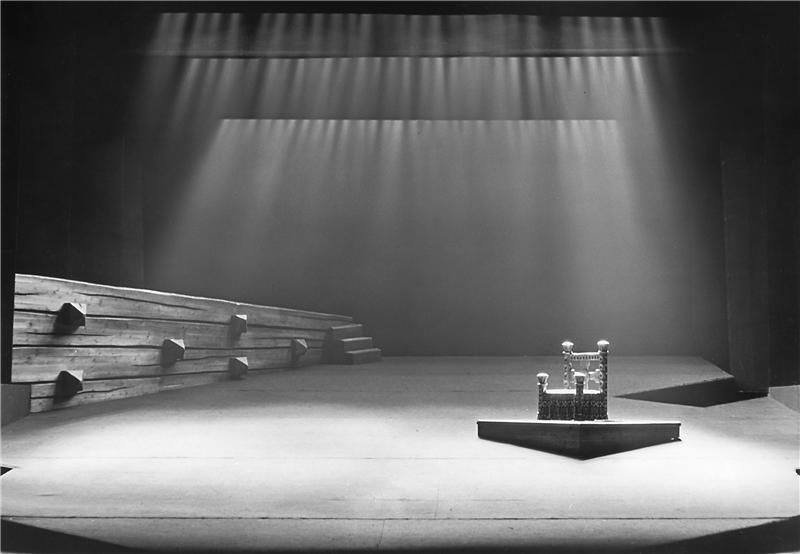 The theatrical light curtain is an old time lighting effect that involves a whole lot of very narrow light beams to be evenly spaced and pointed straight down on the stage. It’s literally a sheet of light, whose effect was maximized by having the singer or band stand just upstage of the light beams. This gave the illusion that the performer was behind bars. This effect has been in use for decades, long before modern striplights and XR Bar-20 fixtures turned this effect into an every show occurrence.

In the old days these effects were often made with Par 46 ACL fixtures. For years Marilyn Lowey, the designer for Neil Diamond had a row of these stretched across her arched truss, hung in four-light bars that were custom cut out of Unistrut to fit this unique truss structure. Once we nailed the focus perfectly we would crank those pars down as tight as humanly possible so the labeled bars were pre-focused daily. If any one of those fixtures got nudged, we’d be on the truss perfecting every beam. The effect was only used once in the show, but it was a majestic moment at the right time, long before moving lights were on a Diamond show.

John Broderick took the light curtain to the next level with his work on early Aerosmith tours. Bob See provided a truss that had a three sided triangular mirror mounted inside it that could revolve in continuous circles on a motor. (I have no idea where this truss originated, but I bet Nick Kotos would know). By placing R40 striplites (an 8’ long Altman model with screw in bulbs on 6” centers) in front of the mirror Broderick was able to do sweeps of these light curtain beams into the crowd.

Some of my earliest experiences with light curtains involved one of the greatest visionaries on one hand and a grade A jerk on the other. It taught me a lesson about how bad behavior not only puts a strain on relationships, it also detracts from the quality of a show by dampening communications. I like to be friends with all my techs and encourage them to chat with me. Luckily I have remained great friends with the LD I speak of below for 30 years.

Howard Ungerleider was another early visionary who utilized the light curtain in grand fashion. When I first found my way on to Rush’s Signals tour in 82 I was an audio guy filling in for an injured lighting tech. Green as they come with lights. I found my calling instantly. Howard had wrapped his entire 60’ x 40’ lighting box in a light curtain. Since I was just “fresh meat” on that tour I was assigned the gig of hanging and pre-focusing them so the whole stage became enclosed in bars of light. It was truly a remarkable sight.

Come 1986 or so L&E had come out with the brand new MR16 mini strip fixture. Compared to the striplights of lore that had big bulbs (the R-40, the par 56 strip) This new invention had small bulbs in circuits of three that used 12 volt, 2 pin, 7 watt bulbs that you could purchase as Narrow or Medium floods. The advantage of these lights was that if one bulb blew, you didn’t lose all the other ones in the series, due to the way it was wired. Plus you could chase the bulbs.

Howard Ungerleider was a pioneer in the art of conventional lighting. I recall someone asking him in the mid 80’s why he wasn’t using moving lights yet. His reply was simple, “I’ll get around to them. I haven’t exhausted all the conventional lights I’d like to try yet.” So for the Power Windows tour Howard mounted a straight row of these newfangled MR16 strip lights across the front of some downstage truss pods for this one trick pony cue he had in mind. He matched the overhead beams with a ground row on the bottom that focused straight up.

Now these bulbs were much better at short throw applications than trying to light a cyc or make a light curtain effect. The beam length was about 15’ before it fizzled out, so these would make great foot lights, but not optimum for a 30’ trim height. Hence it was important that smoke and a matching ground row was used for this effect to maximize the beamage. The problem with that was back then the band did not allow smoke machines.

But they did allow pyro. So at a precise moment some flash pots would blow off and the stage would become encompassed in smoke for about a minute, while Howard could make his magic with the light curtains. That was the theory anyway.

We’re about ten shows into the tour one day when Howard comes walking backstage to meet me, the dimmer guy. I had previously been instructed by my crew chief that it wasn’t my job to converse with the LD, That was his gig, so we had never actually met yet. Back then the LD position was just one of the hats Ungerleider wore, he was a busy guy so I’m caught off guard when he wants to have a word.

Howard’s at his wit’s end and is trailed by our crack crew chief whose job it was to pacify Howard and keep him happy. Howard had the right to get right up in my face as half of his mini strips were not coming up with the desired effect each night on cue and I was the ME. He was miffed and looking for answers, as of course he should be.

The crew chief blasted me in front of Howard for two straight minutes about my lack of dimmer skills (the dimmer pit was a  8’ x 16’ monster), but I knew where every damn cable and patch cord went. I walked them out to the console and asked them to bring up the channels on the console so I can sort out the issue. We do that and sure enough, half of the front truss is not coming up, nor are the floor lights. He’s missing half of the overall effect and now I can see the stress coming out of his eyes as the crew chief continues to belittle me suggesting perhaps we need a real electrician out there.

At this point I walk Howard over to the dimmers and point to 200 LED lights on the 1k dimmers that are glowing in all their green glory. Every dimmer is firing. I walk him over to the floor lights and show him that every one of them is cabled and getting power. Confused, Howard looks me right in the eyes 12 inches from my face. Not menacing at all, just looking for an answer.

“So Nook, tell me. What’s the fucking problem?”

I grab the Ministrip and turn it on its side. “Take a look inside here Howard, what do you see?”

“I’m sorry, I’ve been instructed by my crew chief never to speak to you directly. Perhaps you can address the problem with him?”

Howard turned to the crew boss who lies sternly and straight faced. “This is the first I’ve heard of this.”

I turned to the crew chief, “Now dude, you know damn well that every morning before the rig goes up I ask you if Bob See has sent us out the bulbs to make these fixtures work. Every morning you have the same negative reply. So you can lie to Howard all you want, but at this point I’m no longer taking the rap for your brown nose refusing to give the LD a straight answer.”

Howard just glared at the guy with disgust for being lied to, then spun on his heels towards production to make a phone call to Mr. See. I turned and walked away, leaving the guy standing by himself shaking his head.

I always wondered if there just weren’t enough bulbs in circulation yet or if See Factor had simply run out of money to buy them. I’ll never know, but the bulbs certainly arrived a day later. I never exchanged a single word with that crew chief the rest of the leg, he stayed as far away from dimmers as he could.